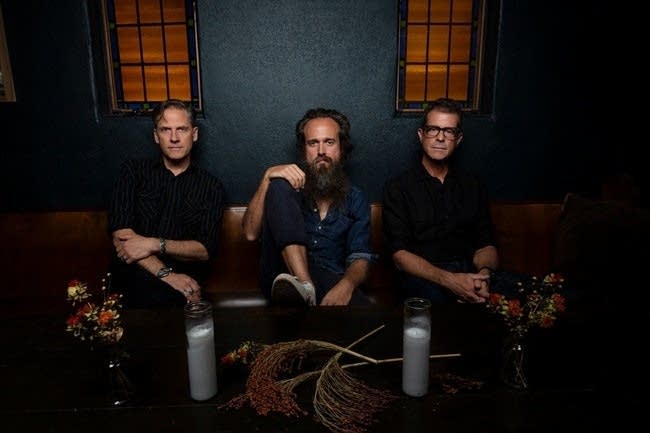 
Calexico and Iron & Wine first made an artistic connection with In the Reins, the 2005 EP that brought Sam Beam, Joey Burns and John Convertino together. The acclaimed collaboration introduced both acts to wider audiences and broadened Beam’s artistic horizons, but it was the shared experience of touring together in the tradition of Bob Dylan’s “Rolling Thunder Revue” that cemented their bond. Their metaphorical roads diverged in the years that followed, but they kept in touch and cross-pollinated where they could.