Eight bands heated up Rock the Garden's two stages yesterday at the Walker Art Center. It was a sweltering summer day, with temperatures crawling into the lower 90s. Despite the heat, the Minneapolis Sculpture Garden provided a lush backdrop for a full day of music. The sun was out, and so were the thousands of people who came out to see the National, Courtney Barnett, X, Heart Bones, deM atlaS, Bad Bad Hats, Adia Victoria, and the Beths. Here's a rundown of the day's performers.

DeM atlaS kicked off the day at 2:30 p.m. on the Main Stage. The Rhymesayers rapper energized the crowd with songs from his debut album, Bad Actress. He had hands in the air from his first song, the raucous "Tomorrow Party." Despite the heat, deM atlaS spun, jumped, and danced around the stage, where he was backed by a live drummer and DJ Keezy.

For "Music Man," deM was joined by special guest Lady Midnight. "She's a good friend of mine," deM atlaS said of the Minneapolis singer who recently released the album Death Before Mourning. "We have a lot of dope art in this city, don't we?" Watching the sun stretch over Spoonbridge and Cherry while the two artists' voices filled the air, it was hard to disagree. 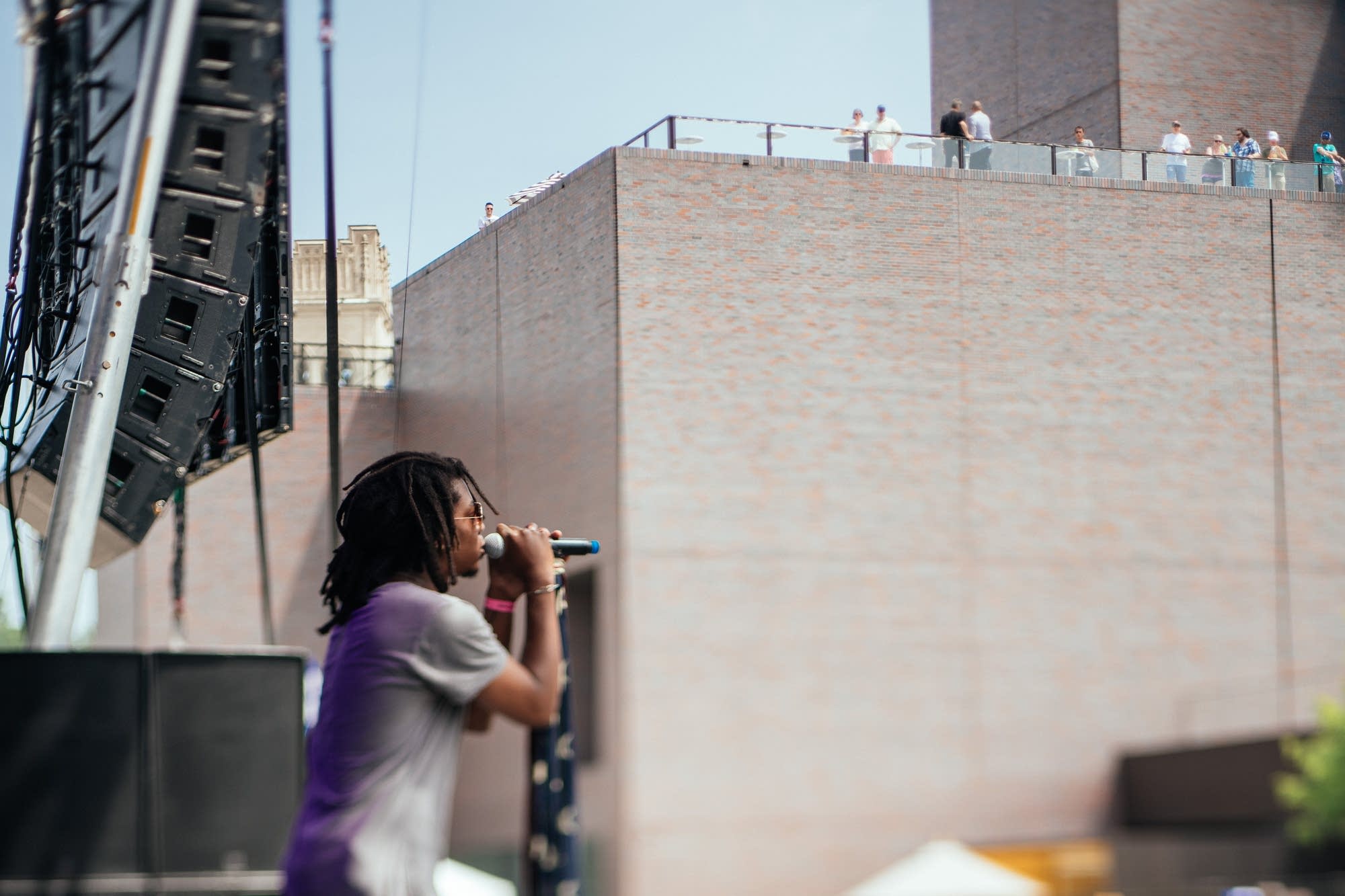 Sean Tillmann and Sabrina Ellis stepped onstage in coordinated primary-colored outfits, their color scheme almost as loud and playful as their synth-laden pop. Heart Bones played songs from their forthcoming debut album, which nods sonically and lyrically to the pulsing pop sounds of the '80s. "Don't put baby in a corner," they sang, while I watched an actual bucket-hat wearing baby bouncing to the beat. Tillmann and Ellis also pulled out a song from their Dirty Dancing tour, their Auto-Tune cover of Eric Carmen's "Hungry Eyes." 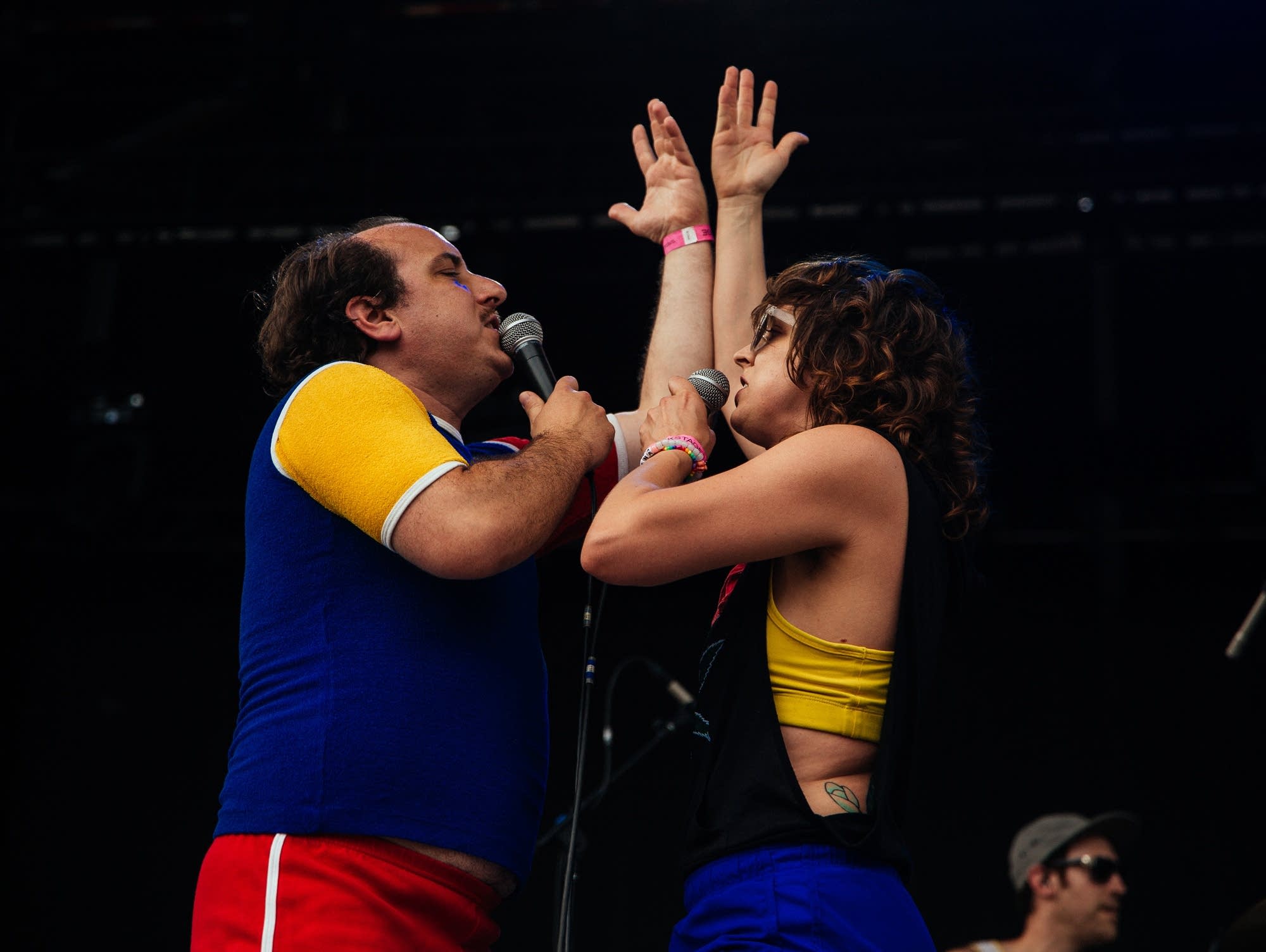 After stopping to refill my bottle at a water station and ducking inside the Walker for a blast of AC, I headed toward the Garden Stage, where the Beths were tearing through songs from Future Me Hates Me. The New Zealand indie rock band filled the garden with buzzing guitars and three-part vocal harmonies.

"This is so cool; thanks for doing the ASL," said singer/guitarist Elizabeth Stokes. Throughout the day ASL interpreters signed each band's lyrics in real time, a Rock the Garden first that was enthusiastically celebrated by audience and artists alike. 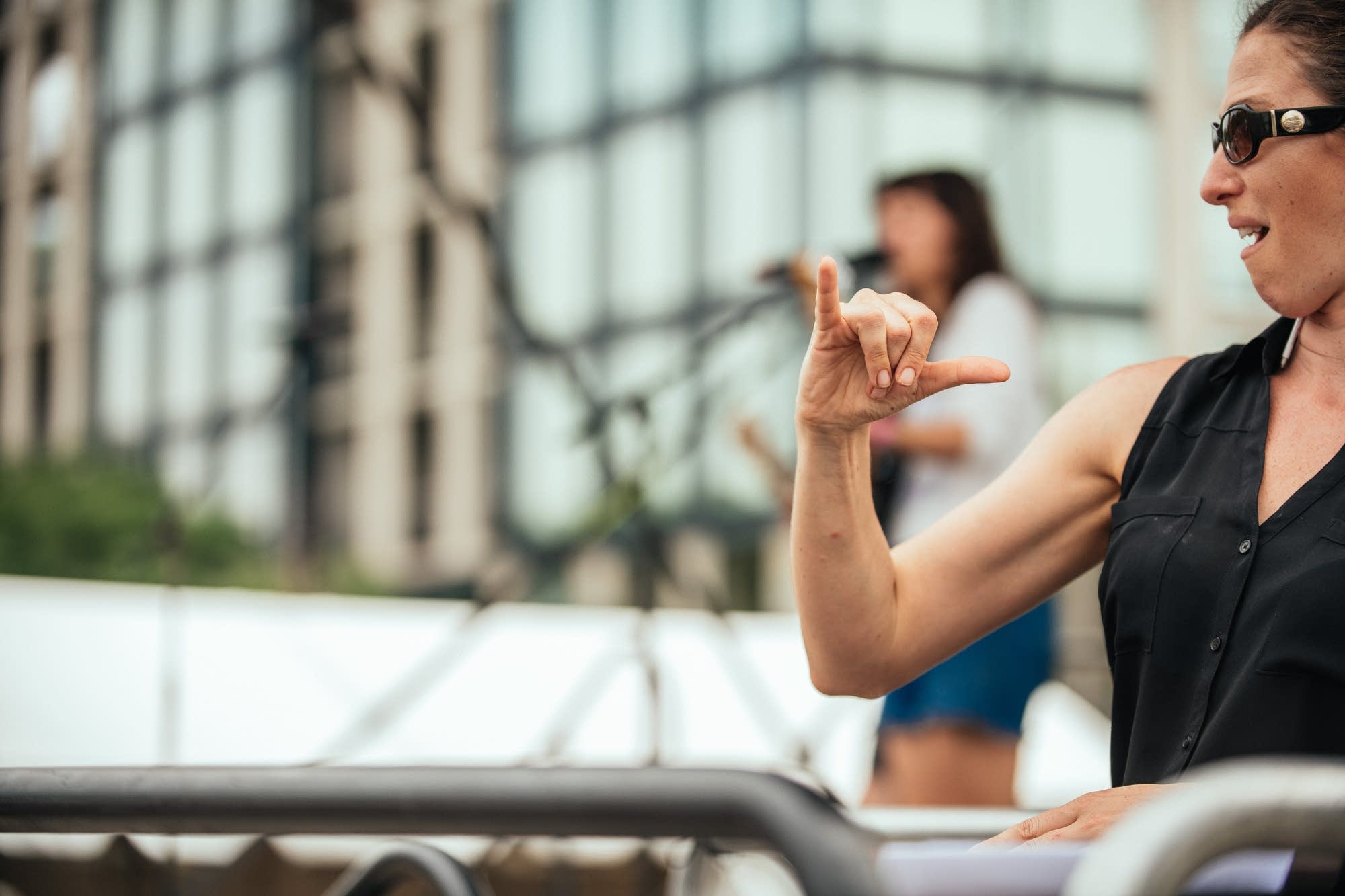 By the time I made it back to the Main Stage for X, the lawn was packed with a sea of fans waiting to hear the legendary Los Angeles punk band. "What a beautiful place. What a beautiful park. What a beautiful city," singer Exene Cervenka said. John Doe, Exene Cervenka, DJ Bonebrake, and Billy Zoom showcased their range, playing songs from throughout the band's decade-spanning career including "True Love," "Hungry Wolf," and "Phone's off the Hook, But You're Not."

Billy Zoom maintained a sense of calm, politely nodding while tearing through guitar solos. He also showed off his saxophone playing, and took advantage of the rising heat by sticking his guitar pick square in the middle of his forehead before picking up the sax. 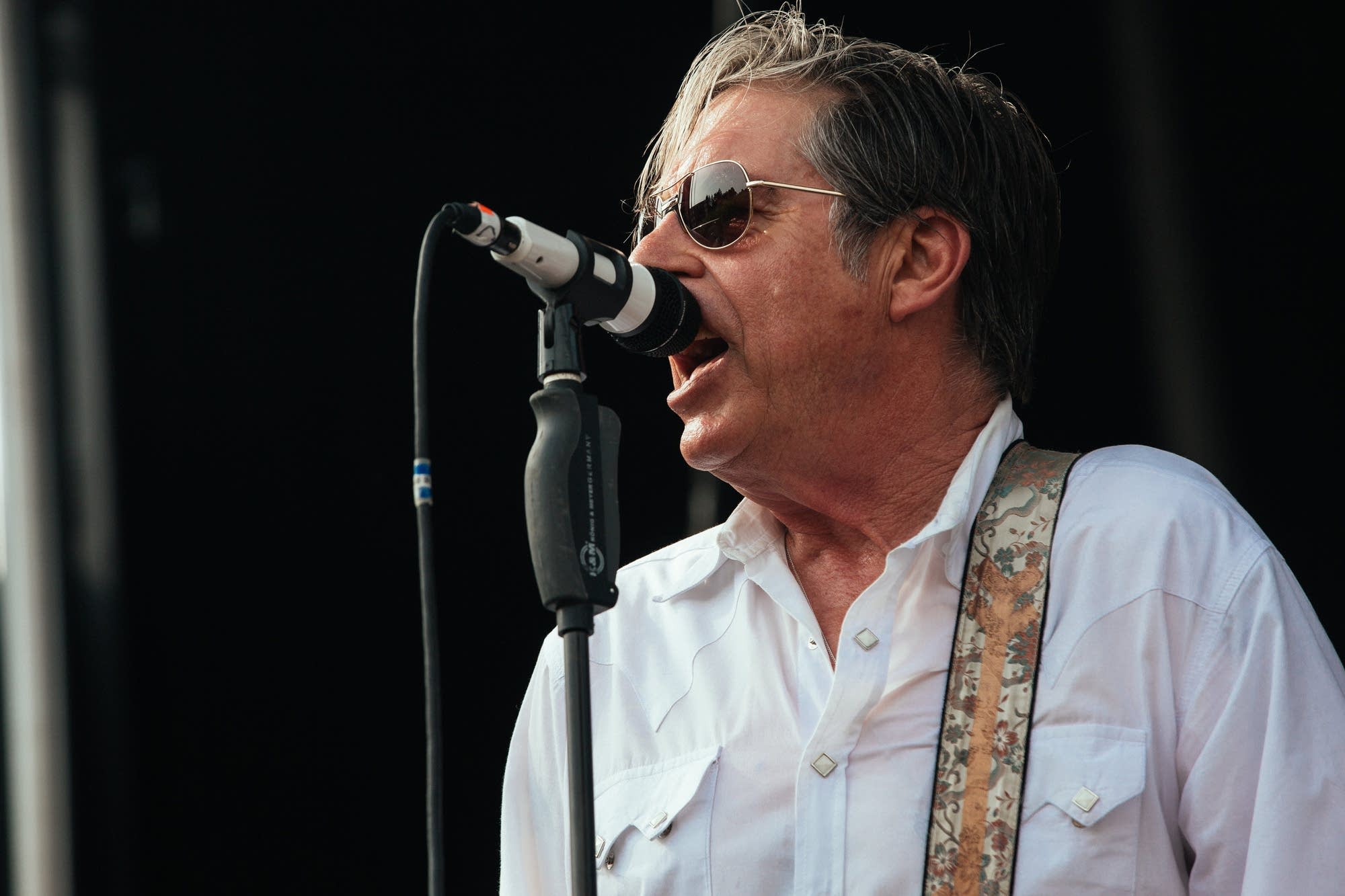 After bouncing along to X's set, I settled into a grassy spot in front of the Garden Stage. The sun sat low in the sky, and long, lazy rays grazed the Calder mobile behind the stage.

Nashville-based Adia Victoria created dense and moody soundscapes with a six-piece band. The singer-songwriter, who is also a poet, name-dropped some of her literary heroes, including Sylvia Plath and Virginia Woolf. She also gave a shout-out to Aaron Dessner, who would later take the Main Stage with the National, and who produced Victoria's album Silences. 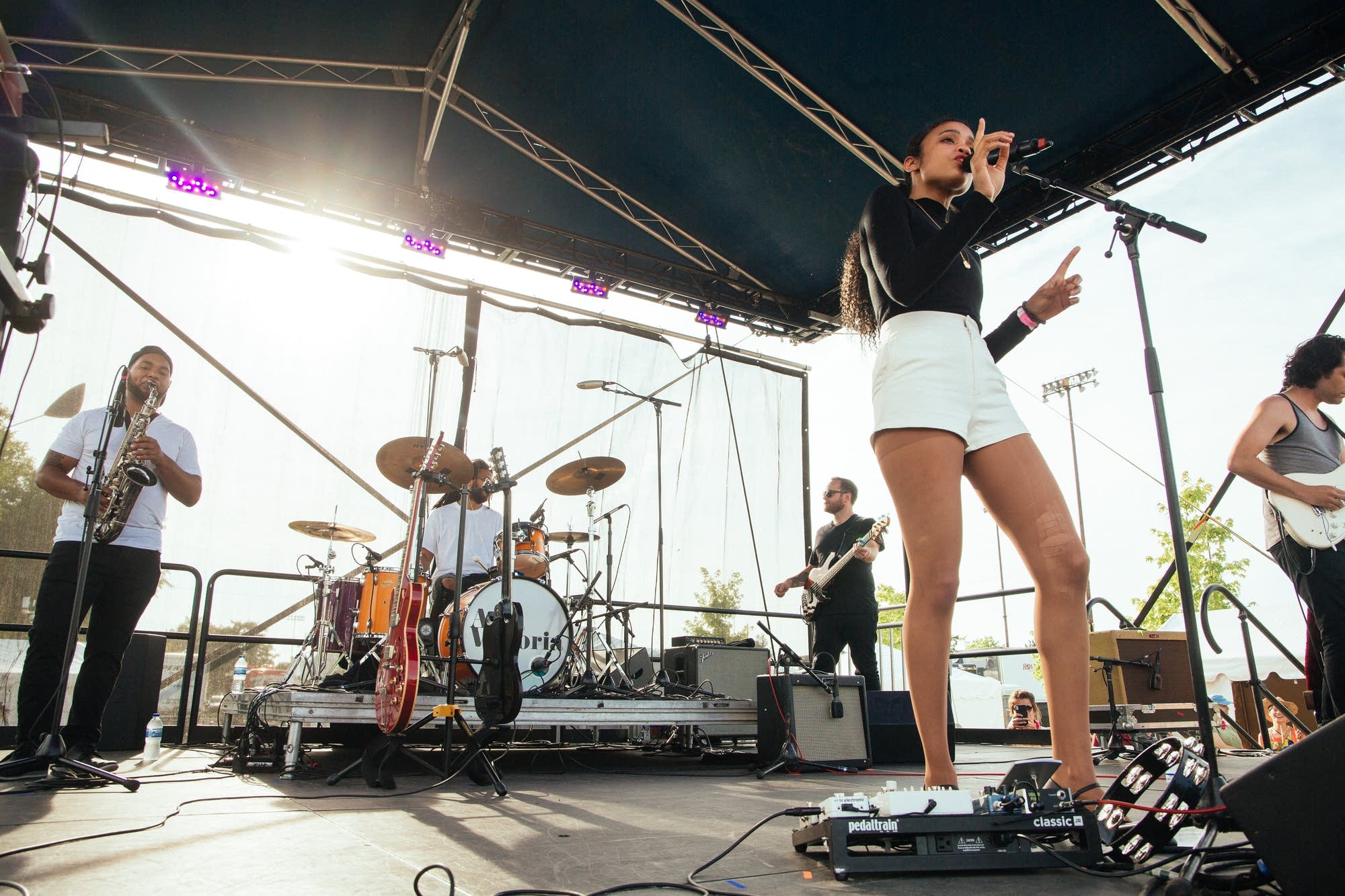 Courtney Barnett began her set with "Avant Gardener," a song that introduced many listeners to the Australian artist's breezy yet searing rock. Barnett barreled through songs from Tell Me How You Really Feel while throwing in songs from earlier albums. She growled each song's lyrics and roamed around the stage, smiling at band members Bones Sloane and Dave Mudie. Barnett slung her guitar and held the body in the air while ripping through solos. During "Small Poppies," she held her axe like a violin before banging the headstock on the stage, and after "Pedestrian at Best," she walked offstage while squeals of feedback still rang out. 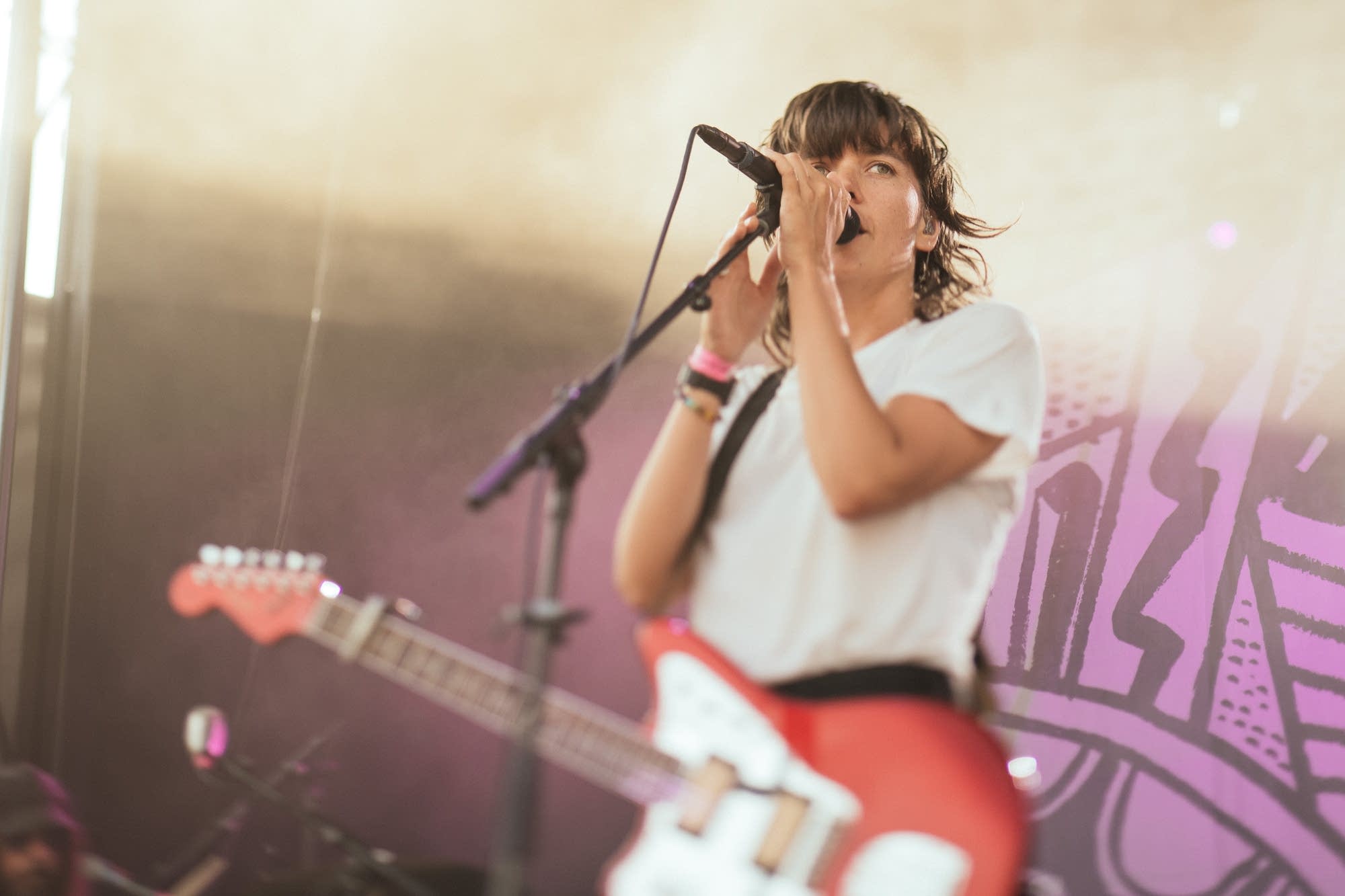 "It's become something of a tradition that we close down the Garden Stage with an amazing local band," said The Current's Andrea Swensson, introducing Bad Bad Hats. The Minneapolis indie rock sweethearts played songs from throughout their discography while the sun began to set. Singer/guitarist Kerry Alexander shared anecdotes with the crowd about the band's songs, including "Nothing Gets Me High," which she explained is "both literally true and also a metaphor" for how falling in love later in life never feels quite the same as the butterflies of a budding teenage relationship. 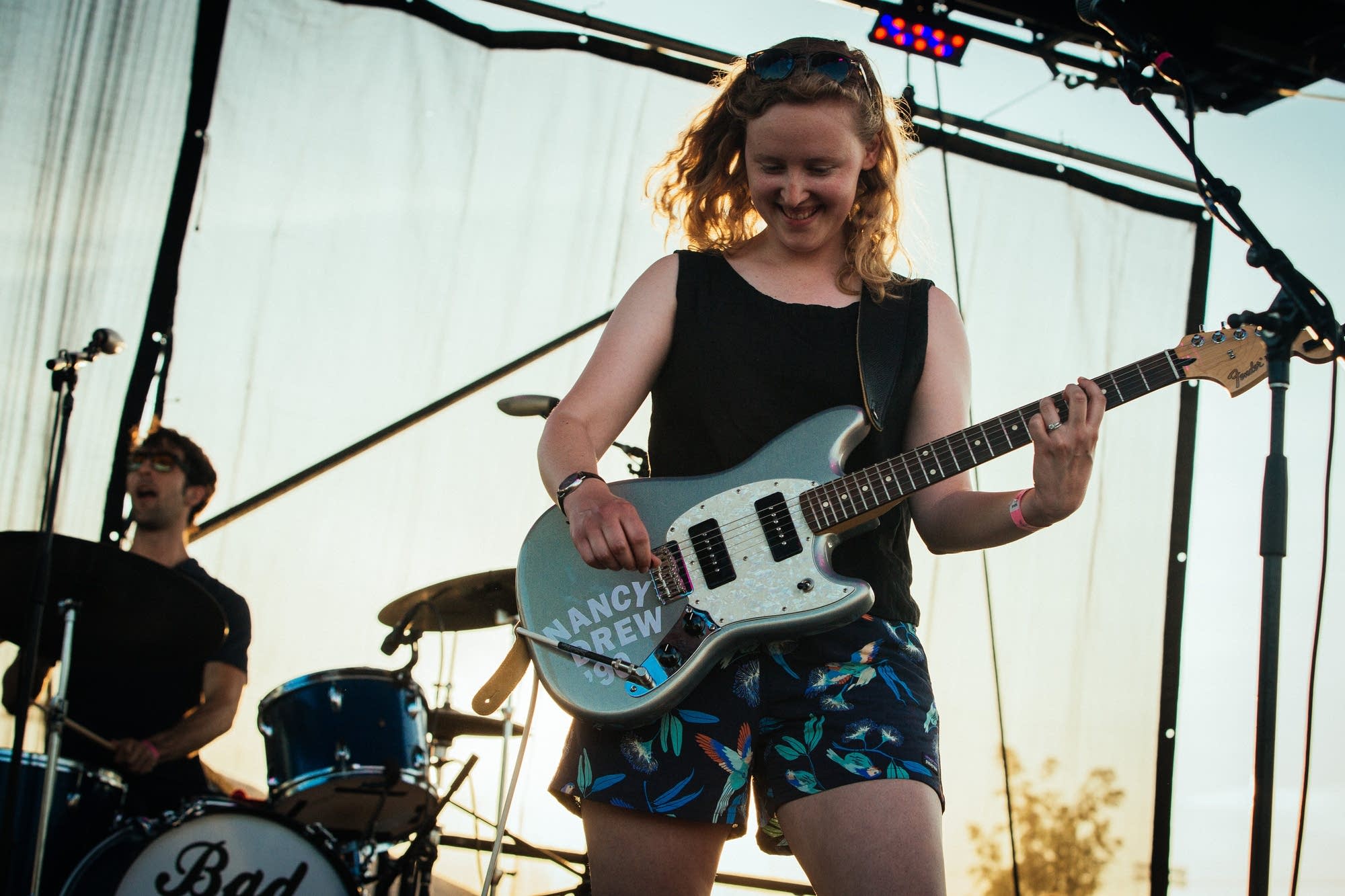 Walking over to the Main Stage, I could feel the temperature dropping and a breeze blowing through the garden. The National painted the summer sky with songs from their latest album, I Am Easy To Find.

The National's instruments sprawled across the stage, and blue-and-white tapestries fluttered among horn players, drums, and an upright piano. Matt Berninger was joined onstage by two singers who filled in for the many guest vocals on I Am Easy To Find: Zoe Randell (of the Australian band Luluc) and Mina Tindel (who appears on the album's track "Oblivions").

"You guys have one of the best radio stations anywhere," Berninger told the audience. The crowd sang along to favorites like "Bloodbuzz Ohio" and "Fake Empire" as Aaron and Bryce Dessner delivered delivering wailing guitar solos and softly plunked piano parts.

Berninger hopped off the stage at multiple points in the night to wade through the crowd. With just minutes left in their set, the National launched from "Mr. November" into "Terrible Love" while Berninger snaked through the audience, hair ruffled and forehead-to-forehead with fans. 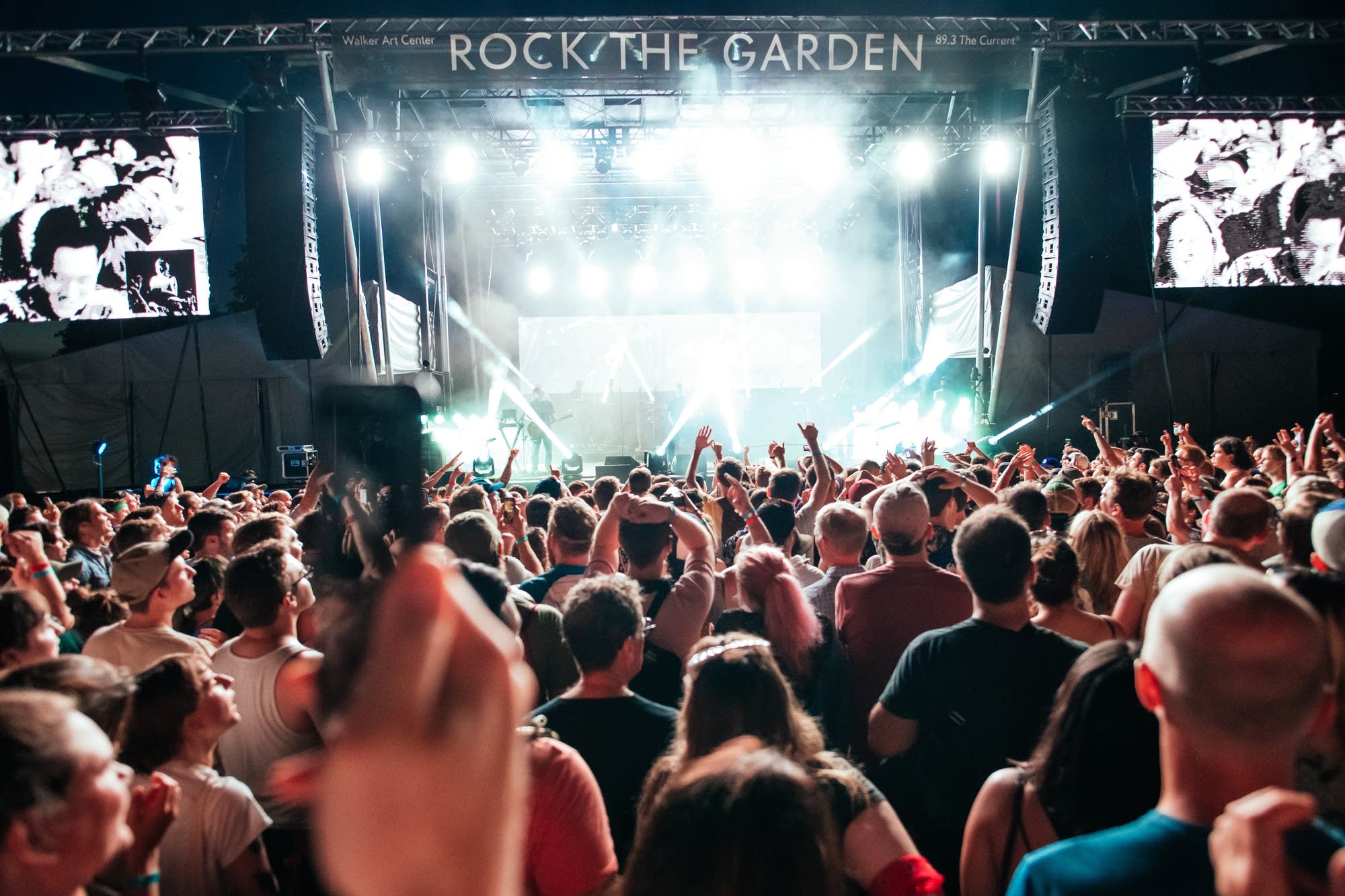 You Had Your Soul With You
Quiet Light
Hey Rosey
Don't Swallow the Cap
Bloodbuzz Ohio
Oblivions
Where Is Her Head
The System Only Dreams in Total Darkness
Graceless
Easy to Find
Fake Empire
Rylan
Light Years
Mr. November
Terrible Love