Watch the full interview above, and check out a transcript of Jill Riley's conversation with Jason Isbell below.

Edited for clarity and length.

JILL RILEY: I've got a special guest this morning to talk about a new covers album which is coming out today. I've got singer-songwriter Jason Isbell on the line with me and on a Zoom call. Hi Jason, how are you?

JASON ISBELL: Hey! I'm good, thanks for having me today.

Of course! Thank you for joining us at The Current to talk about this benefit album, the Georgia Blue album. Now Jason I remember during the election cycle--presidential election--you're going to have to bring me back to the original challenge. You basically said, "If Georgia votes blue I'm going to do..." Such and such, like I'm gonna make a covers record or something--remind me of what the exact initial challenge was there.

Yeah, that was it. Obviously it wasn't the kind of thing where my pledge was going to make any difference because everybody had already pretty much voted that day. It wasn't like a bunch of people are going to go, "Well I gotta go vote." I was just excited because I'm from Alabama and I've spent a lot of time in Georgia and to see one of the non-southeastern states go blue was so exciting for me. In my excitement I pledged to record an album of my favorite Georgia songs. These are songs that were written in Georgia or about Georgia, with a few restrictions like I'm not going to do anything that that would be silly, you know? I'm not going to do like Dallas Austin or Outkast or something because it would just sound silly if I did it.

I noticed that "Rock Lobster" by The B-52s isn't on the list here either.

Right. Well that one's supposed to be silly. But I didn't get around to everything, so maybe in four years we'll do another one, who knows. 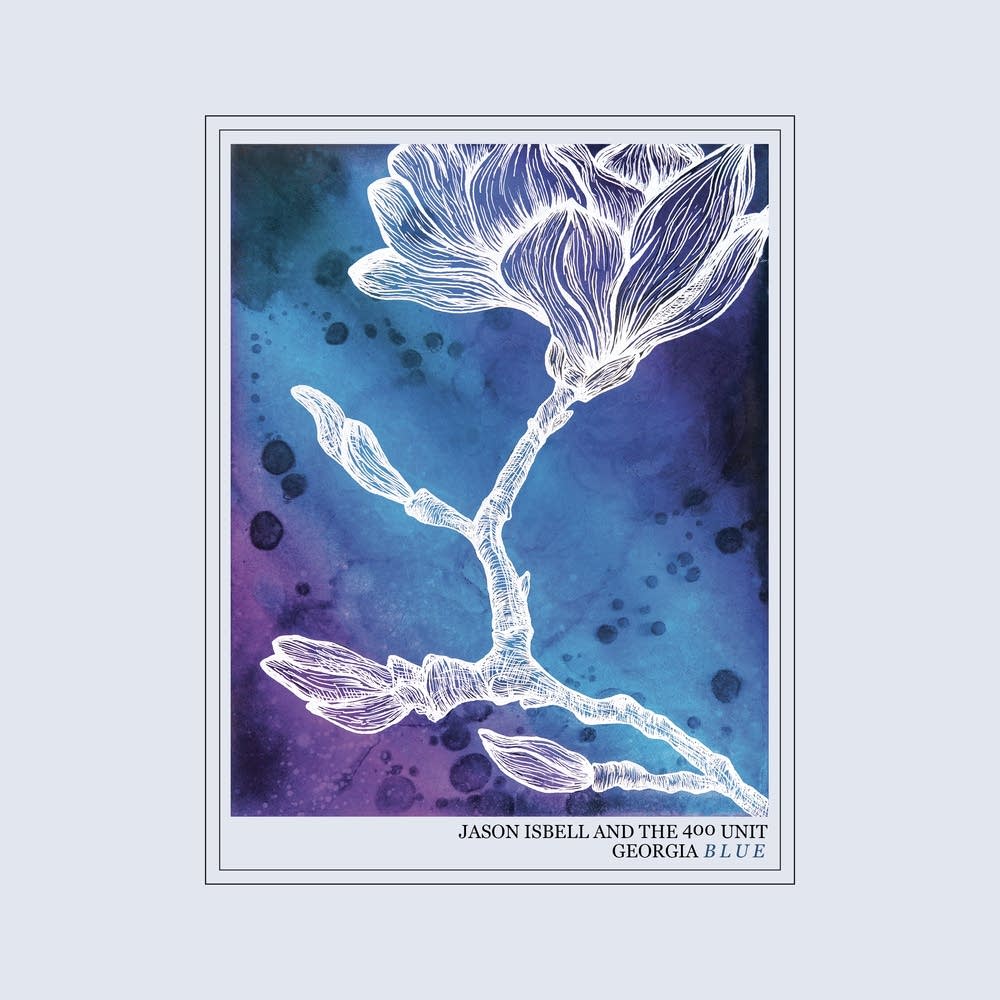 The cover songs--a really great list here. How did you decide to put this list together? Was it just some of your favorites or how do you even narrow it down for a covers album?

I didn't even spend any time doing that, I just sat down and wrote down a list of songs that I thought would be fun to record. That's the beauty of doing something that's a benefit album and this one all the all the proceeds are going to go to a combination of Black Voters Matter, Georgia Stand Up, and Fair Fight. For me, I thought, "Well, that means I can do whatever I want." I have no obligation to prevent myself from pandering or to cover any particular ground. All I want to do is is have some fun, as Sheryl Crow said on a Tuesday. But it was easy because I just wrote down the songs that I love, and I went in the studio with my band, and I called some friends, and called in a couple favors and we did it, and it was a blast.

Yeah, you certainly did call in some friends: Julian Baker, Brandi Carlile, your lovely wife Amanda Shires, Chris Thiele, Adia Victoria--I love her. I love her new record--Adia Victoria. John Paul White, and he's from The Civil Wars, right? Is that where I recognize that name?

Okay, so when you made the call like, "Hey, I'm going to put together this Georgia covers album," were your special guests like, "Yeah I'm in!"

Before I asked, most of them were like, "I want to be in on this." The "Kid Fears" thing was Brandi Carlile's idea because as soon as I tweeted that she was like, "We got to do Kid Fears," and you gotta be Michael Stipe. So I thought about who else should I get to be Emily because I would think Brandi's an Amy in that situation, so I got Julien, and Julien was so excited because she'd never been on anything with me or with Brandi and she's just so good. That one--man, really that one knocked me out. That was a real triumph recording that song and listening to the playback finally. But most of it was just people that were excited to get in on it. The way we did "Nightswimming" was really difficult for me because it's hard to play that piano part on acoustic guitar. It was just me and my bass player and then we put Thiele and Bela Fleck in place of the string section. I'm very lucky that I know these folks and that they were willing to do it because it's kind of a dream lineup, and then Britney Spencer sang Gladys Knight and James Brown, and she and Amanda, my wife, rewrote the lyrics to "It's A Man's World" and that just floored me what they wound up coming up with, and just the whole thing was really joyful.

Yeah, it's covers from James Brown to Cat Power to Otis Redding to The Black Crowes. You mentioned the Indigo Girls. Oh, Vic Chesnutt, that's a great choice.

Yeah, I knew Vic a little bit. We played some shows with him when I was in the Drive-By Truckers and his songs were just so brilliant. He was such a brilliant guy, and so I had to represent Vic, had to. He's still somebody, you know, he'll never get his due, you know? I've resigned myself to the fact that there's never going to be enough people who have listened to Vic Chesnutt. But we'll do what we can to spread the word.

Yeah, and it's always nice when it comes to tribute albums, for some, that can be their first introduction to an artist.

That can be a cool way to do it. The one that we've been playing on The Current because you've got a couple R.E.M. covers, why did you go with "Driver 8," does that song have a special meaning to you?

I just love that song. I love the imagery. It reminds me of where I grew up in Alabama, really mostly because of that bridge. The bridge on that song just kills me. I think that's one of the all-time great bridges. I wanted to sing it, and we did it first, we did "Driver 8" first, and I was producing the record so I wasn't completely happy with the way it turned out, and then we went back and did "Night Swimming". The original plan was just to have one R.E.M. song on the album, and I said, "Wait, let's try "Night Swimming" because I don't think this is perfect." Then after we got that when I went back and listened to "Driver 8" I was like, "Actually, this is really good. So I think we should just put both on there." So that's what we did.

How did this compare to recording a Metallica cover?

Oh, it was similar, but for this one, I didn't think--like the songs on Georgia Blue are in some ways in my wheelhouse, like, they make sense for us to play 'em fairly straight, and because we were influenced very heavily and very clearly by Otis Redding and James Brown and R.E.M. and The Black Crowes--you put all that stuff together and you sort of get what we're trying to sound like as a band. But with the Metallica thing I had to go way off the wall because I had to think, "Well, we could go in and do a mediocre metal version of the song." Or we could come up with something completely different. So I just sat in this room that I'm in right now with a guitar for a few hours and tried a few things and I thought, "Oh, this works like a hill country stomp," and when that hit me I was so excited because it just fit, you know? It lined up, and I think that's just a testament to how songs are written in traditional structures and traditional forms even when you don't realize that.

Very excited. Yeah last year it was sad that we had to postpone that, but yeah it's a lot because this year we're doing eight. I think we've done a six or seven--six last year. The last time we did it we did six, this year we're doing eight. It's a lot but it's very very very enjoyable for me. That room sounds so good, and we always get to have the openers that we want. It's nice and it's also an excuse to hang out downtown for a couple weeks and watch people, which I never really do unless I'm playing at the Ryman. Most of the time I'm outside of town but I like to hang out and watch all the craziness down there.

Do you ever hang out at Robert's Western World?

Yeah, the cheeseburgers are good. I heard Gillian Welch tell somebody one time--they were asking where they should go and she said, "You can go to Robert's Western World, but if you go you're going to have to dance because it's not Disney World down there. You gotta dance.

You gotta dance, and I remember having a bologna sandwich on the flat top right behind the bar. That was great. I'm talking with Jason Isbel, again that new Georgia Blue benefit album is out today. I mentioned the Ryman but you know we're looking forward to having you back in the Twin Cities December 1st at The Armory.

Yes, at The Armory. It's going to be cold I bet. You guys like it cold up there.

I got a couple of coats ready though. I'll be okay.

December 1 will still be pretty mild.