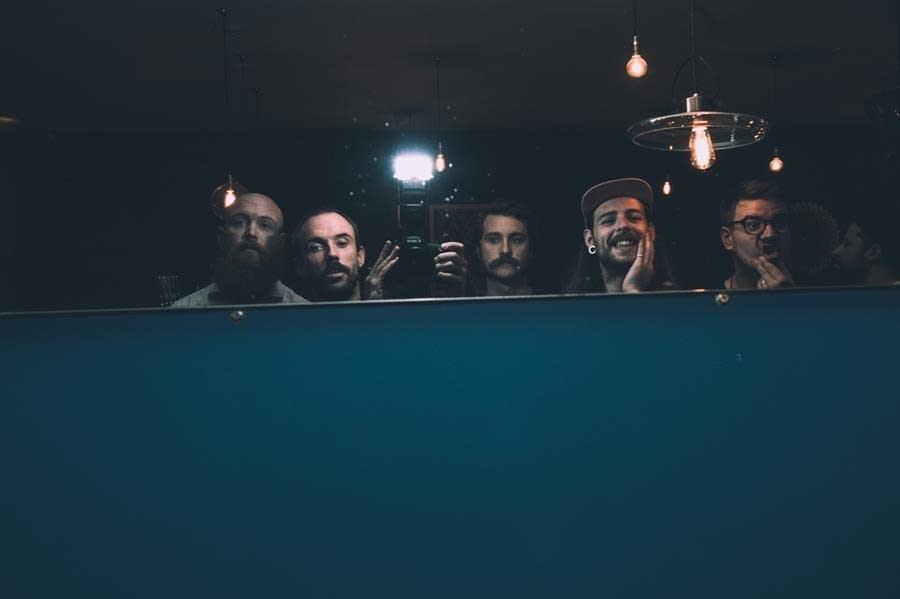 
A self-proclaimed "angry band" from Bristol in Southwest England, Idles take the fury of punk rock and wed it to a muscular but moody instrumental attack that matches the literate, purposeful menace of their lyrics. The group existed in relative obscurity for several years while they were finding their sound, but that all changed upon the release of their debut album, Brutalism, which catapulted them into the public eye.

Idles were formed in 2010 by vocalist Joe Talbot, lead guitarist Mark Bowen, rhythm guitarist Andy S, bassist Adam Devonshire, and drummer Jon Beavis. Eager to take their music to an audience, Idles established a club night in Bristol they called Batcave, and through live work they developed a passionate local following. After distributing a homemade demo among fans, Idles released their four-track debut EP, Welcome, in August 2012. The EP quickly earned positive press, but with Idles self-financing their own recordings, it wasn't until October 2015 that they released their follow-up, Meat, another four-track EP. A month later, Meat was followed by Meta, which featured remixes of the tracks from Meat by David Pajo, Peter Robertson, Sly One, and Thom Alt J. By the time Meat had been released, Andy S had left Idles, and Lee Kiernan had taken over on guitar.

As the U.K. music press became increasingly enthusiastic about Idles, the band released a single in August 2016, "Divide & Conquer," a bitter critique of the budget cuts that had crippled the U.K.'s National Health Service. They also announced that the song was the first track from their upcoming full-length debut album, Brutalism, which arrived in early 2017 on Balley Records and received widespread acclaim. Many noted that the refreshing, ferocious heaviness of the album, with its brilliantly satirical lyrics, was a welcome sound in the arguably imitable alternative scene.

Using the momentum gained from the release of their debut, the group toured extensively and continued to write new material throughout 2017. They re-entered the studio in January 2018 to begin recording their follow-up. The second album arrived after slight delays; Talbot experienced more personal tragedy and conversely gave up drinking. In reaction to those events, the themes of 2018's Joy as an Act of Resistance shifted focus to communities and supportive ideals, although it still found time to take shots at the failings of U.K. society. Idles returned in May 2019 with the single "Mercedes Marxist," later the same year releasing their debut live album, Beautiful Thing: Live at Le Bataclan. It wasn't long before a third album was on the way, continuing their prolific streak of a record a year. Ultra Mono arrived in 2020 and featured guest artists for the first time, including Jehnny Beth -- with whom Talbot appeared on her 2020 album, To Love Is to Live -- Warren Ellis, and Jamie Cullum.