Let's face it: The Current's listener-curated Top 89 countdown is the main attraction among our year-end lists. By voting for your favorite songs of 2018 in our Top 89 poll, you're entered to win a serious Down in the Valley prize pack. We'll air the whole countdown from 5 p.m. to midnight CT on New Year's Eve and again on Jan. 1 from 12-7 p.m. CT. 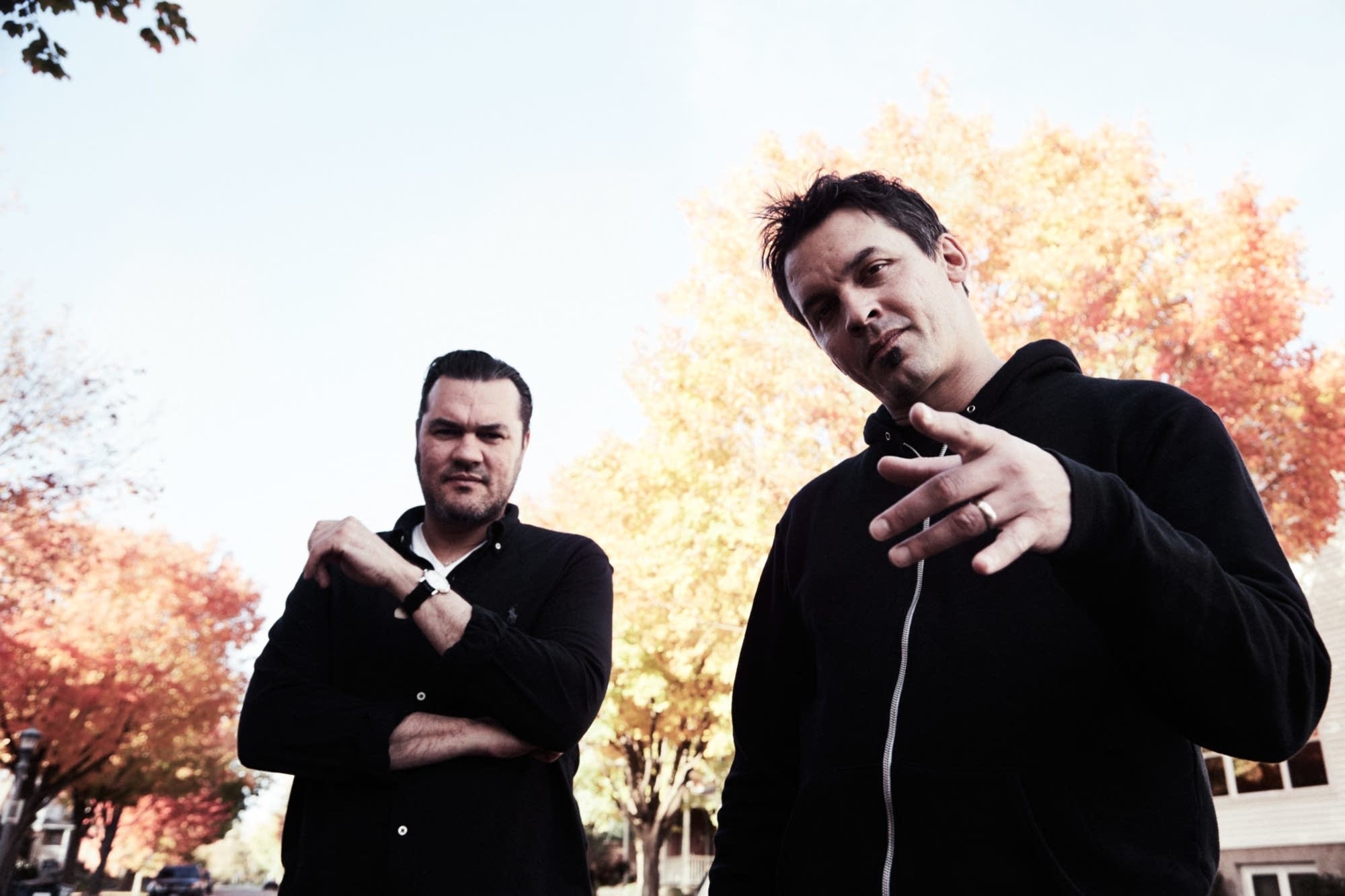 Slug and Ant celebrated their local roots on their ninth studio album, Mi Vida Local, this year. After 20 years of releasing music, Atmosphere are still exploring new sonic landscapes, mixing soft acoustic guitar and heavy synth funk. The duo embarked on tour with the Lioness, deM atlaS, and DJ Keezy, which includes a stop at the Palace Theatre on Dec. 15, making them the first act to return to the Palace.

After introducing audiences to their upbeat Midwestern pop through 2015's Psychic Reader, Bad Bad Hats released their sophomore album, Lightning Round, in August. "Sonically, the band is sounding as polished and poppy as ever — nearly every song on the album sounds like a single — but thanks to the contributions of the album's producer Brett Bullion, they've also started playing with more experimental techniques, adding a new depth to their sound," Andrea Swensson wrote of Lightning Round in her Album of the Week review. In 2018, Bad Bad Hats said goodbye to one of their founding members, bassist Noah Boswell. Bassist/drummer Connor Davison (who joined the group in 2016) and drummer Reese Kling now round out the quartet alongside Alexander and Chris Hoge.

For some, releasing your debut full-length album is enough to keep yourself busy for the year — but deM atlaS didn't stop there. In addition to dropping the album Bad Actress, the Minneapolis rapper and singer also released the visual EP Bad Loves Company, which sets five of the album's singles to video. DeM atlaS is currently on tour with Atmosphere, and he told The Current he may already be thinking about his next project by now. "I think [the future] will help me find my voice...another voice," deM atlaS said. "I'm never comfortable with where I'm at." 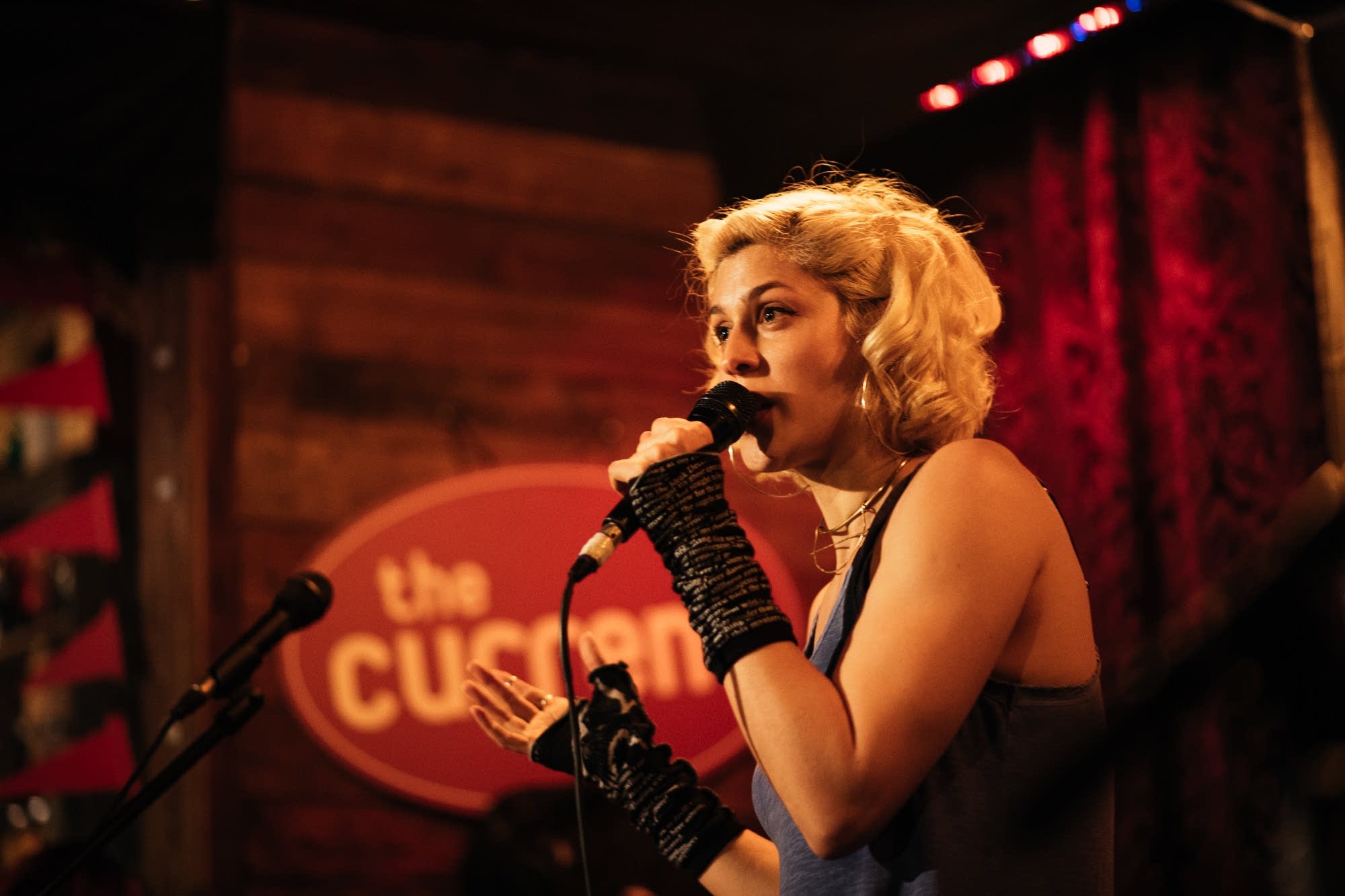 It's hard to believe that Dessa's year contained the same 365 days as the rest of ours. Within the bookends of January and December, she released a full-length album, supported it with a world tour, published her first full-length book, completed a U.S. book tour, and managed to squeeze in performances with the Minnesota Orchestra and Live From Here. Her fourth studio album, Chime, explores a softer side of Dessa; through the album's pop-leaning production, Dessa sings about using brainwave technology to get over an ex and raps about channeling her own personal ambition. Dessa flexes her lyrical prose in the memoir My Own Devices, which she discussed earlier this year in a conversation with Andrea Swensson.

After years of opening for artists like Lizzo, Jorja Smith, and Empress Of, Dizzy Fae is stepping into her own spotlight. In February, the R&B singer released her first full-length collection, the Free Form mixtape. Dizzy Fae's vibrato-tinged voice (she's trained in opera and other classical styles) and unique fashion sense have captured the attention of national audiences, landing her features in publications from Gay Times to Teen Vogue. She celebrated the release of Free Form at the 7th St Entry, and she has kept busy by joining Toro y Moi on a U.S. tour.

This year, Minneapolis trio Gully Boys released their debut album, Not So Brave. Recorded at Minnesota's legendary Pachyderm Studios, the album showcases the band's penchant for writing catchy pop songs with fuzzy guitar and growling vocals that reflect on topics from dead Neopets to the dizzying state of entering a new relationship. Their self-described "scrappy" sound earned them the number-one spot in City Pages' Picked to Click poll, cementing them as "Minnesota's best new band" of 2018.

Just a handful of years after cutting their teeth in the Twin Cities music scene as high schoolers, Hippo Campus revealed a mature and self-reflective sound on their second album, Bambi. The album diverges sonically from their debut full-length landmark and handful of EPs, incorporating ambient synthesizers and the lyrical wails of trumpeter DeCarlo Jackson. "This album reveals a band ready to grow and challenge themselves, unafraid to change up their sound," Jade wrote in her Album of the Week review of Bambi. The band celebrated their latest album with two packed hometown shows at the Palace Theatre. 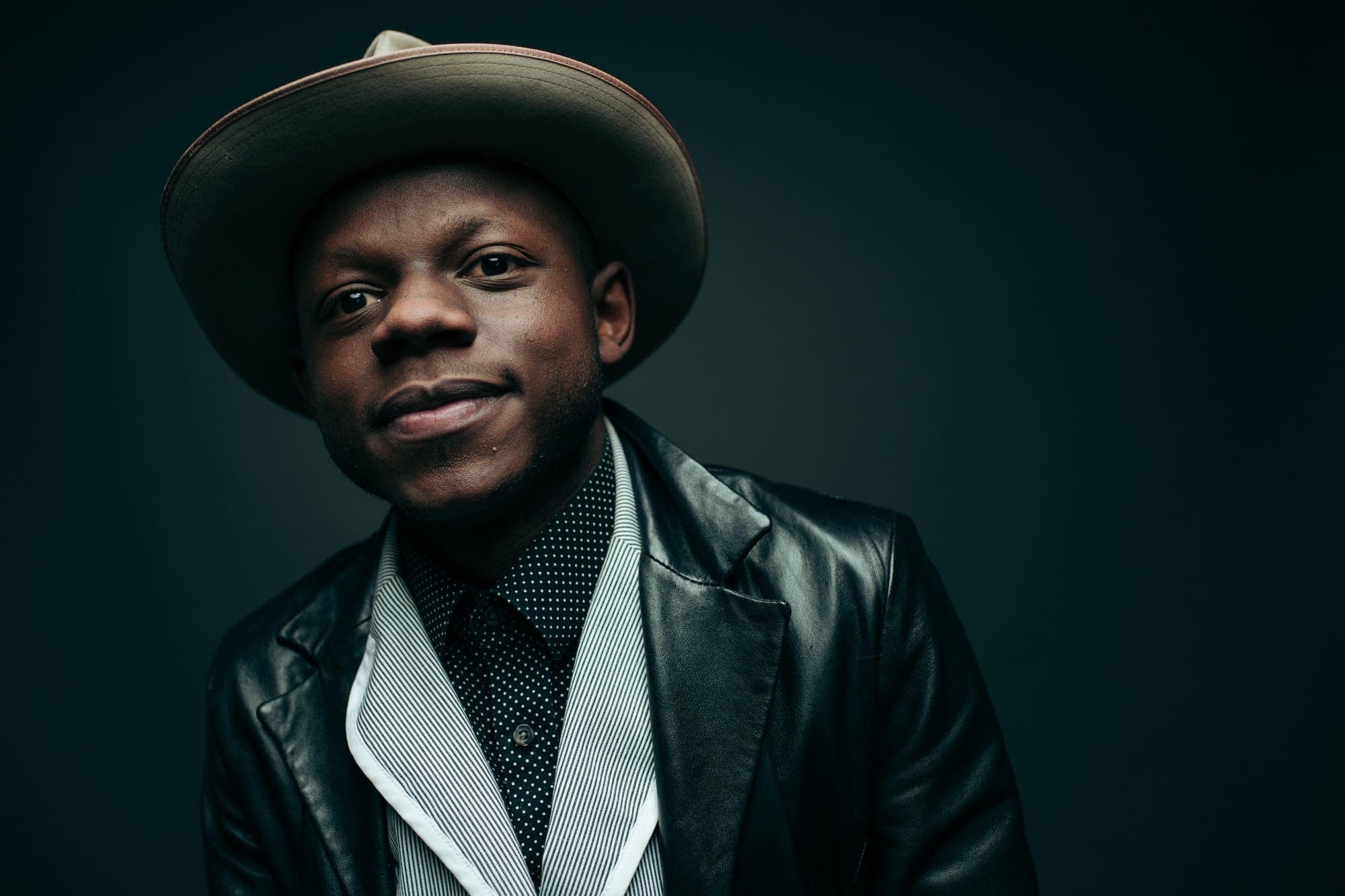 Folk/blues singer and Bob Dylan fan J.S. Ondara went on a cross-country tour with Fleetwood Mac's Lindsey Buckingham while planning the release of his first full album, Tales of America. Though he hasn't officially dropped his debut album to the public yet, he has released "American Dream" and a few other singles — plus a music video featuring the hand-drawn images of artist Woody Ray Tucker. The Nairobi native opened for jeremy messersmith at Icehouse in Minneapolis early in 2018. Since then, he has acquired a following that is leading him to tour internationally to the United Kingdom, France and Germany throughout the month of January.

The band Low turned 25 this year, and they celebrated their quarter-of-a-century existence with the release of their newest album, Double Negative, which they performed at the Fitzgerald Theater in downtown St. Paul. Since their debut in 1993, the Duluth band gained momentum and the attention of Robert Plant. "It's just one of the greatest sonic experiences that I've ever had, really. What a great sound!" said the English lyricist on Low's album The Great Destroyer from 2005.

For The Current's 13th birthday, Now, Now gifted the station with a lighthearted First Avenue performance. In May, they released an album called Saved, which featured as The Current's Album of the Week a couple of months later. These good friends of The Current met up with Brian Oake and Jill Riley to play a live set for the station once more at the MPR booth at the Minnesota State Fair. Now, Now will be on tour with fellow local band Hippo Campus throughout January and February of the new year. 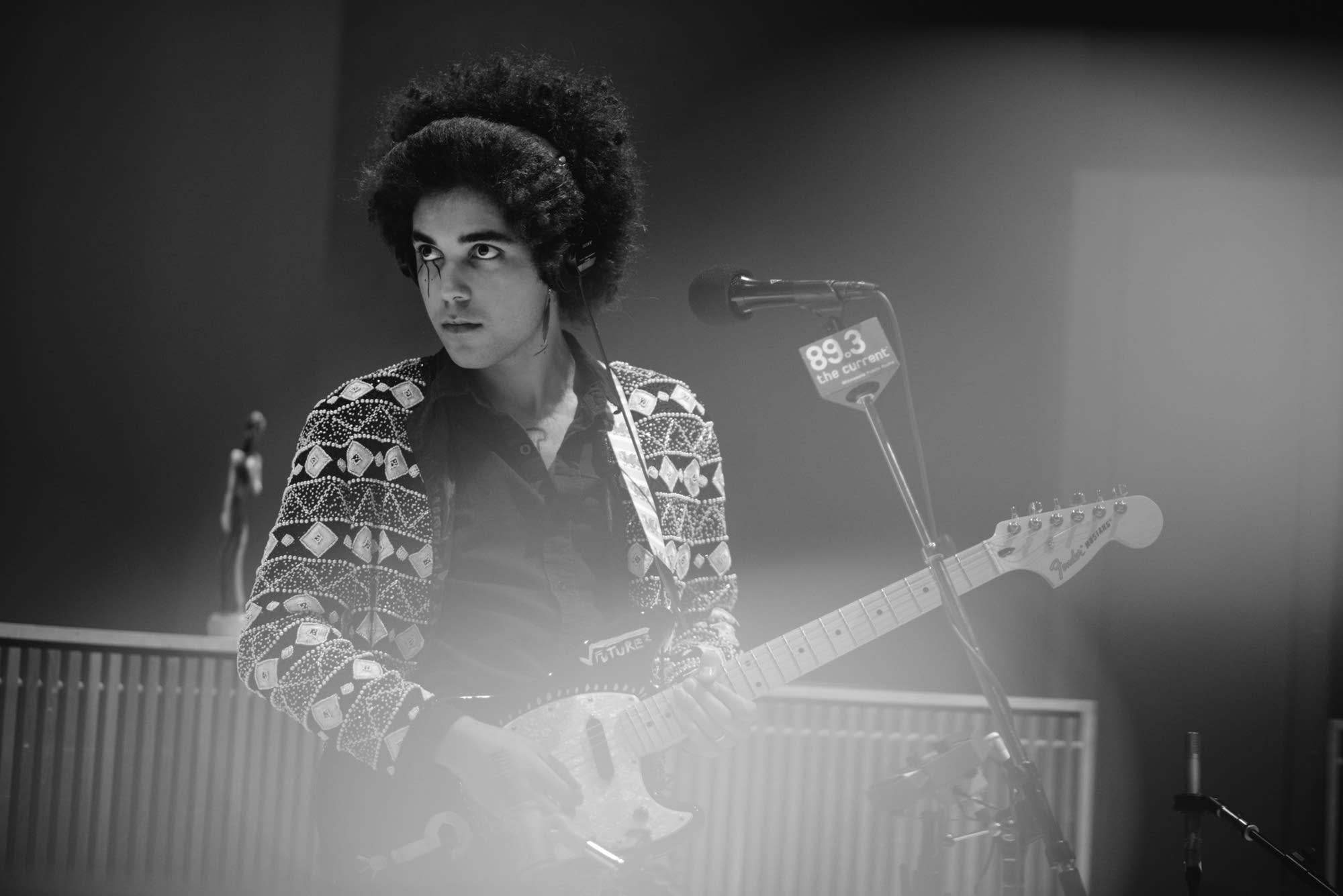 A labelmate of the Foo Fighters, Childish Gambino, and SZA, 22-year-old Thomas Abban has been declared "the future of Minnesota music" by Minnesota Monthly. His recent signing with RCA Records resulted in a national release of his debut album A Sheik's Legacy this past fall. He performed his artistically thought-out album (which loops when played from beginning to end) at the Turf Club and Finnegan's Taproom. He'll be demonstrating his guitar-prodigy skills later this month at First Avenue, opening for the Jayhawks.

A year-long hiatus didn't stifle Trampled by Turtles' success as they sold out shows in Madison, Chicago and Washington, D.C., with fans anticipating the release of their album Life is Good on the Open Road. From looking at The Current's April Chart Show ballot, musical artists from around the world were Trampled by Turtles as the bluegrass band from Duluth ranked first with their song "Kelly's Bar." The bar in Red Wing, MN that inspired the song saw their popularity grow, as well, after the song's release in early February.

The Current Staff's Favorite Songs of 2018